By Stan Hieronymus on October 5, 2020 in musing, place/local/ingredients 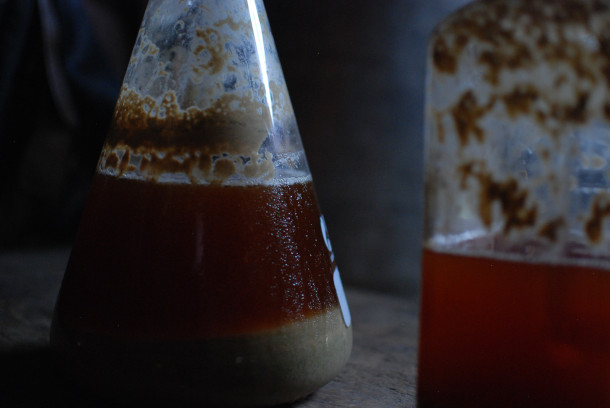 The preservation of cultures can be tricky.

Claire Bullen wrote about Voss region in Norway, Vossaøl, farmhouse brewing, kviek and ultimately cultural preservation last week at Good Beer Hunting. I’m going to quote a couple of paragraphs, but context is important, so start by reading the whole thing. It is long. I’ll wait.

The discussion about kveik turns to acknowledging, even rewarding, “the original owner” of an individual strain, and she writes:

“‘Now we have rediscovered the kveik and then some companies […] start taking out a yeast type and isolating it and basically taking the kveik apart. So what we’re trying to do is preserve the kveik culture as it is, the asset it has been for centuries,’ said Arne Bøhmer, CTO of the Kveik Yeastery, during a recent conference call.

“The Kveik Yeastery is a soon-to-launch production facility that is seeking to change the way that kveik is produced and internationally distributed. According to Bøhmer and CEO Øystein Bakken Vold, the company will pursue a profit-sharing model that will benefit the individuals who have shared their yeast cultures. It will also provide documents explaining the origin story, the specifically Norwegian heritage, of each culture that is sold, in the hopes that brewers will properly credit the source of the yeast. Most importantly, it will leave the kveik intact, which is not something international yeast companies have prioritized.”

Bøhmer talks about companies “taking the kveik apart” because these shared cultures are not “pure strains.” They predate the time when Emil Christian Anderson of the Carlsberg Laboratory isolated a pure cell of yeast in 1883. Single strain (thus “pure”) cultures became the norm, particularly where lagers dominated. More recently, mixed cultures made a comeback of sorts, and mixed and single-strain cultures may coexist peacefully within the same brewery.

Acknowledging the source of every kveik culture is valuable for several reasons, but the suggestion that one might have an “original owner” caused me to remember a story Troels Prahl of White Labs told me a few years ago about fellow Dane Per Kølster. Kølster grows his own raw materials to brew beer in the countryside outside of Copenhagen. He is a founding member of the “New Nordic Beer Mafia” that in 2012 set out to establish a category for beer parallel to New Nordic Cuisine.

Kølster headed east several years ago to learn more about traditional farmhouse brewing. In Lithuania, he made beer with a local farmer, and when it came time to pitch yeast they walked to a neighboring farm to collect what they needed. On the way the first farmer told Kølster not to say “thank you” for the yeast. He explained that because no one owns yeast it must be available to anyone and saying “thank you” would disrupt this system.

Until 1980, a guard at the Carlsberg brewery gate in Copenhagen handed out small quantities from a “yeast tower” to locals who asked. They could have been homebrewers, but toward the end, “The users were mainly dog owners and health freaks who used it respectively for care of the fur as a part of some kind of cure.”

Earlier, there was good reason for the practice.

“The old founder of Carlsberg knew that this sharing of yeast was a fundamental ‘law’ and security for any brewhouse. Imagine that your yeast went wrong and you did not have the possibility to get I from another brewery. In other words, there is a strong relationship between cultivating yeast, keeping the culture healthy and distributing the risk,” Kølster wrote.

“This is a precious example of what the word ‘culture’ means. And in relationship to microbiology, this is a concept completely opposite to the ‘pasteurized’ approach to a culture. Diversity and resilience versus controlled purity and management intensity.”

(The photo at the top was taken a couple of years ago in Norway. Sjur Rørlein brought the yeast that Bjorne Rothe would pitch later in the day. Details in a post that followed.)

More than one kind of thoroughly modern pilsner
Looking ahead, and through the rear view mirror