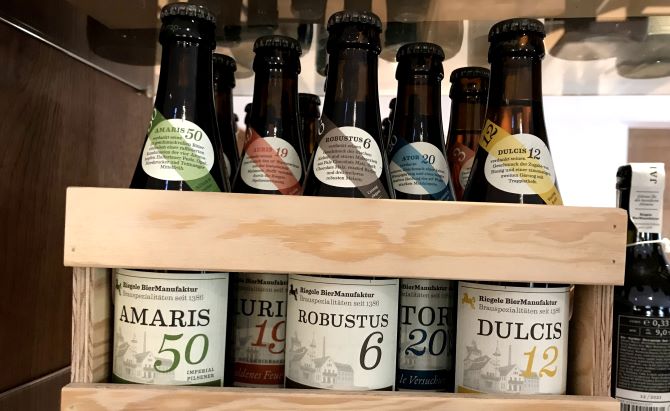 Evan Rail writes today at Vine Pair about “an unexpected literary micro-genre: writing that attempts to define just what is meant by the term ‘craft’ when it comes to food and drink.”

His story is about both the words themselves and what they mean in other countries and cultures. (Rail explored the meaning in depth himself a few years ago in “The Meanings of Craft Beer.”)

I feel like I’ve seen this picture, and I thought again about Mike Kallenberger’s suggestion that craft doesn’t necessarily mean the same thing for many beer drinkers that it once did.

I also thought of something Sebastian Priller-Riegele, a 28th generation brewer, at Brauhaus Riegele, said when I visited the brewery in Augsburg a couple of year ago.

(Riegele actually sells its own line of beers labeled “craft” — and at a higher price than its own traditional styles, which happen to be among the best in the word. But that doesn’t make what he said any less true.)